Wi-Fi 6 is almost here and although it boasts some significant increase in speeds, it’s main attraction will be connecting and securing more devices at once since we are connecting more IoT and mobile devices to networks.

We’ve all been there—At a conference, a mall, or an airport where there are lots of people trying to connect to a public Wi-Fi network. We’ve all had those frustrating moments when no matter what we do, we can’t get connected to that dang Wi-Fi. But why is that? 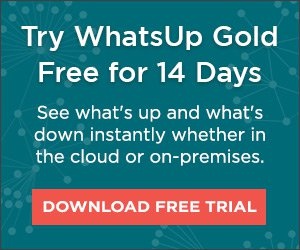 There are of course many variables involved with Wi-Fi connection issues, from interference to Faraday cages, but the biggest one has always been that strain of too many people trying to connect to the same network at the same time. The Wi-Fi hardware that is available today can’t communicate with the influx of devices, therefore causing network connectivity issues. Connecting to public Wi-Fi or even connecting to Wi-Fi in a crowded office creates a first come, first serve problem.

Today, our networks are increasingly crowded. This has been a strain on all wireless networks over the years as we find ways to connect more and more devices than ever before.

Those days may soon be over with the introduction of Wi-Fi 6. To the untrained eye that glosses over the new features of Wi-Fi 6, they may see the increase in Wi-Fi bandwidth and think that their internet is going to be faster. Marketers may use that point to sell routers and other Wi-Fi 6 enabled devices, but in reality, you may not see an increase in Internet speed when using a Wi-Fi 6 router. That increase in Internet speed, although significant isn’t for the faster Internet, it’s so that more devices can get access to all that bandwidth.

Another change coming with Wi-Fi 6 is how Wi-Fi technology is labeled. For years it was always confusing to understand the differences between different Wi-Fi standards. The naming conventions for different versions and standards of Wi-Fi devices has not helped with that confusion.

Over the years, there have been security patches and increase in Wi-Fi capabilities, so continuing to market the Wi-Fi standards with IEEE’s original naming conventions is to Wi-Fi’s detriment. IT professionals can differentiate between them, but the naming of Wi-Fi standards has become burdensome for the general public.  That’s why moving forward Wi-Fi will be using easier to understand.

More specifically, devices will start to come out that are labeled Wi-Fi 6 compatible. All that means is that devices marked with Wi-Fi CERTIFIED 6 are compatible with the latest 802.11ax technology.

WPA3 will include WPA3-Personal, WPA3-Enterprise, and will also bring unauthenticated encryption of data over open Wi-Fi networks. You can learn more about the intricacies of each new WPA3 standard at the Wi-Fi Alliance’s website.

2019 is going to be a big year for wireless technology. Wi-Fi 6 will start to be the new status quo for Wi-Fi security and connectivity, and 5G is already starting to take off. This also may be a burden to some since older devices that aren’t supported may find it harder to connect. But since more devices mean more attack vectors for cybercriminals the latest technologies in Wi-Fi and 5G will help alleviate those problems.

It's Time to Start Thinking About IoT Security

The Challenges of Managing Remote Employees